He called for a suspension of the shots, as have prominent cardiologists such as the U.K.’s Dr. Aseem Malhotra, Dr. Ross Walker of Australia and Dr. Peter McCullough of the United States, who believes the best explanation for the “sudden and unexpected” deaths and cardiac events in otherwise healthy people is the COVID-19 vaccines.

Bridgen, representing North West Leicestershire, said he learned from a whistleblower that the British Heart Foundation was “covering this up in fear that they may lose funding from the pharmaceutical industry.”

“The prominent BHA official,” the MP said, “has sent out non-disclosure agreements to his research team to ensure that this important data never sees the light of day.”

“This is an absolute disgrace. Systemic failure in an over-medicated population also contributes to huge waste of British taxpayers’ money and is an increasing strain on the NHS,” said Bridgen.

Bridgen has pointed out that Britain’s Medicines and Healthcare products Regulatory Agency is 86% funded by the pharmaceutical industry.

“In effect we have the poacher paying the gamekeeper,” he said.

The MP said that what is “most disturbing of all” is that the COVID vaccine trials suggested “that one was far more likely to suffer a serious side effect from the vaccine than be hospitalized by the ancestral, more lethal strain of the virus.”

“These findings, madam deputy speaker, are a smoking gun suggesting that the vaccine should likely never have been approved in the first place,” he said.

While the vaccines have not prevented infection, transmission, hospitalization and death, they pose risks, he said, with 14,000 more cardiac arrests in 2021 than in 2020.

Some nations, including Denmark, do not recommend COVID boosters for younger populations. 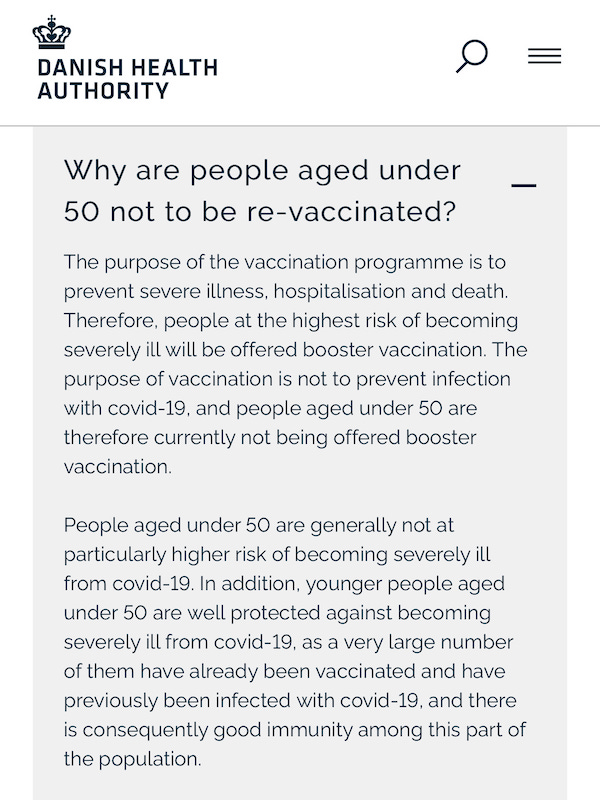 Bridgen referred to research showing a 25% increase in heart attack and cardiac arrest calls in 16-39 year olds in Israel associated with the first and second doses of the vaccine.

He pointed out that the swine flu vaccine was withdrawn in 1976 for causing Guillan Barre syndrome in 1 in 100,000 adults. The swine flu shot also was associated with three dozen deaths while the CDC’s VAERS database has reports of more than 30,000 deaths linked to the COVID-19 vaccine.

In 1999, Bridgen recalled, the rotavirus vaccine was withdrawn for causing a form of bowel obstruction in 1 in 10,000 children.

A top British orthopedic surgeon, Ahmad Malik, voiced his support for Bridgen in a video on Twitter, agreeing that the COVID vaccines should be suspended immediately.

“We need to stop and do a proper investigation and find out what is going on,” he said.

Top doctor, orthopaedic surgeon @MrAhmadKMalik supports conservative MP @ABridgen calls for complete suspension of the covid mRNA vaccines given serious adverse events and allegations of a cover up of harms.

‘We need to investigate what is going on’ #NHS #BadPharma pic.twitter.com/ApfkZoPPIk

Commenting on a post by Malhotra highlighting Bridgen’s speech, acclaimed British filmmaker, Gurinder Chadha, said she won’t get any more COVID shots “until we know what’s actually going on.”

Malhotra was an enthusiastic supporter of the COVID vaccine. He explained that it was the sudden death of his very fit and healthy 73-year-old vaccinated father in July 2021 that prompted him to investigate the vaccines.

Extraordinary. Eminent British film director Gurinder Chadha announces that she’ll not be taking anymore covid vaccines and advising friends and family to do the same! We need more public figures to speak out 👊👊👊 https://t.co/oxr7De5U0K

British Health Minister Maria Caulfield, a former nurse who worked on hospital wards during the pandemic, said she disagreed with Bridgen’s claims, “not only in the content of his speech but the way in which he derided doctors, scientists, nurses, many of us who worked through the pandemic and saw first hand the devastation that covid caused.”

“We do not recognize these claims and strongly refute all allegations made about colleagues in senior leadership roles within the British Heart Foundation,” the spokesman said.

BHF said it urges “those making these serious allegations to share specific, credible information with us which supports them.”

“The BHF’s advice on vaccines is based on rigorous scrutiny of the latest evidence, which to date shows that the benefits of receiving the COVID-19 vaccine greatly outweigh the risk of extremely rare side effects for the vast majority of people.”

During a recent session of the weekly Prime Minister’s Questions, Bridgen asked British Prime Minister Rishi Sunak his response to evidence the mRNA vaccines have caused more deaths and adverse events than all the other vaccines combined in the past 50 years.

Sunak said he believes the COVID vaccines “are indeed safe and effective.”

“No vaccine, COVID or otherwise, will be approved unless it meets the U.K. regulator standards,” he said.

MP Andrew Bridgen told Prime Minister @RishiSunak that the mRNA Covid jabs have caused more deaths and adverse events than have been caused by conventional jabs worldwide in the past 50 years to which his response was he believes the jabs are “safe & effective”……. pic.twitter.com/W3GgsO7gCo