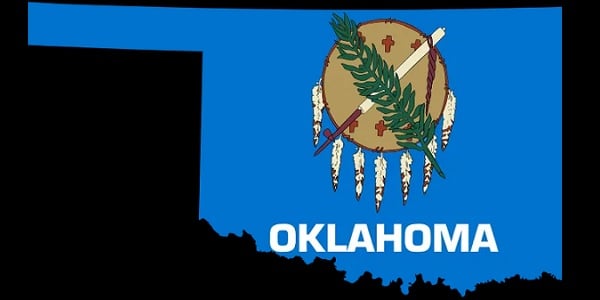 A man whose criminal case before the U.S. Supreme Court triggered a crisis in criminal prosecutions when the justices ruled, based on the status of reservation lands in Oklahoma, state courts had no jurisdiction in his case, now has been handed life in prison.

From a federal court.

U.S. Attorney Christopher Wilson said there is no eligibility for parole in the case.

McGirt originally was convicted in state court years ago of rape of a four-year-old child and given two 550-year terms in state prison, but one of his appeal points was that Congress failed to dissolve the Native American reservation where his crimes took place – so Oklahoma, the state, lacked jurisdiction over the federal enclave.

While Gov. Kevin Stitt and Attorney General John O’Connor have called on Congress to create a compact between the tribes and states on jurisdiction, Washington has failed so far to act.

When the Supreme Court ruled 5-4 that Oklahoma authorities did not, in fact, have jurisdiction, his case was thrown out, only to be refiled quickly in federal courts.

Prosecutors wondered if they would have to re-file a multitude of cases, and in fact, the federal government recently announced the indictments of nearly a dozen residents of Oklahoma on charges ranging up to and including murder, cases that often are in state courts.

The Supreme Court’s ruling had found that for the purposes of the Major Crimes Act, Congress failed to disestablish the region’s Indian reservations.

There was concern because there were estimates of up to 8,000 felony cases that would need to be addressed.

CN reported new cases also are being handled in a number of other horrendous cases, including accusations that Shaun Bosse killed his girlfriend and her two young children in 2012.

Part of the solution may be, however, that the Oklahoma Court of Criminal Appeals recently ruled ago the McGirt precedent does not apply retroactively to those already convicted.

“We cannot and will not ignore the disruptive and costly consequences that retroactive application of McGirt would now have: the shattered expectations of so many crime victims that the ordeal of prosecution would assure punishment of the offender,” the opinion explained.

“[T]he trauma, expense, and uncertainty awaiting victims and witnesses in federal re-trials; the outright release of many major crime offenders due to the impracticability of new prosecutions; and the incalculable loss to agencies and officers who have reasonably labored for decades to apprehend, prosecute, defend, and punish those convicted of major crimes; all owing to a longstanding and widespread, but ultimately mistaken, understanding of the law.”