Papers please! County demands to review all of church's finances 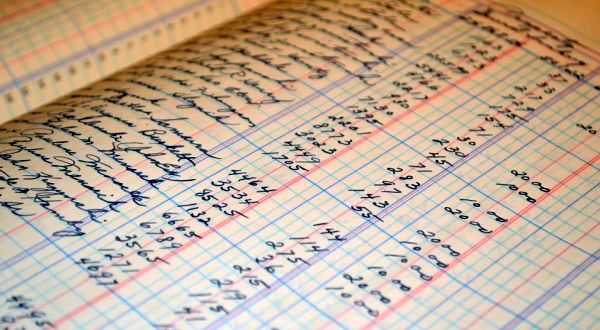 Just as California Gov. Gavin Newsom was being ordered to pay $1.35 million for the legal fees of a church whose members sued him over his coronavirus-related lockdown orders, another fight has erupted over the same problem.

Newsom arbitrarily determined that churches were “not essential” when the pandemic was at its peak in 2020, and ordered them to close. He later allowed small groups to meet.

The case that just was settled was brought by Liberty Counsel on behalf of Harvest Rock Church of Pasadena, whose leaders were “threatened with daily criminal charges” for staying open and claiming constitutional protection for their actions.

The case went to the Supreme Court where the justices decided 6-3 that the church could allow larger crowds.

Most recently, a decision denied the county’s demand that it be allowed to see the church’s financial information.

Now both sides have submitted a letter to a judge hearing the case asking for guidance on the looming fight.

Santa Clara County is insisting on access to “Calvary’s sources of revenue, loans, and budgets, claiming these requests are relevant to determine how much Calvary ‘profited’ during the pandemic,” according to a statement from Advocates for Faith & Freedom, which is working on the case.

“Perhaps the same questions should be asked of the county. They implemented a punitive fine system that undoubtedly caused their pocketbooks to swell off the hard-earned labor of small businesses. In any event, as a non-profit entity, a church does not make ‘profits.’ Rather, churches receive biblically mandated tithes and offerings from congregants. And more importantly, the county cannot seek whatever documents they want from a constitutionally protected church,” the legal team said.

The county already had sent “two threatening letters” to the church’s bank, which “coerced the bank to temporarily sever the relationship.”

“The first letter informed the bank that Pastor (Mike) McClure had been held in contempt of court and that he and the church were facing fines and sanctions of over $1 million. The second letter was to inform the bank that Santa Clara County Superior Court had set a contempt hearing and that the county would seek further fines and sanctions against the church. The letters made no mention of an appeals process, that the church was challenging the constitutionality of the fines, or the recent Supreme Court decisions vindicating California churches,” the legal team explained.

McClure said, “Receiving the Notice of Default amidst a global pandemic caused me great despair and worry because I thought the county was going to put a lien on our church’s property, that the bank would pull the loan, and that we might lose our church home. This was particularly distressing because we were providing a lifeline to scores of congregants suffering from fear, depression, and anxiety at a frequency far above anything I’d seen in my thirty years of pastoring. If we lost our church, I did not know who would be left to help these people.”

The bank later, having been given information about appeals, withdrew its action against the church.

Church officials, in the statement submitted jointly with the county, explained that the county’s orders were unconstitutional so the church did not follow the restrictions.

It explains its information is protected by the First Amendment, the California Constitution and more.

The county, meanwhile, is demanding the church’s financial information apparently to claim “Pastor McClure violated the health orders to profit off the pandemic.”

“Not only is this far-fetched conspiracy unfounded, producing financial information to support this theory would clearly be outside the scope of this litigation,” the church said.

The church charges that the county’s goal is to assess “excessive and burdensome fines” against the church.

“The county falsely equates a church to a commercial enterprise, revealing a fundamental misunderstanding of a church’s distinct purpose and unique legal protections,” the letter said. “Unlike a business, churches do not function to earn a profit.”

The church has not claimed it lacks funds to pay the county’s fines; it alleges the fines “are altogether illegal or, at best, the amount of the fines is excessive considering the nature of the offense and the fact that it was the county, not the Calvary, that broke the law.”

The county claims the church “profited” during the pandemic and so its revenue is pertinent to “the fines.”