Facebook hit with backlash over year-long censorship of COVID discussions 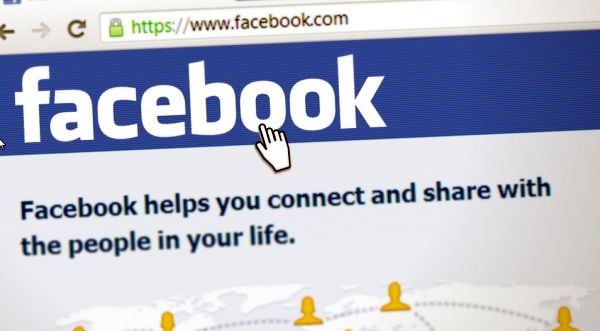 When President Biden abruptly reversed his long-held position on the source of COVID-19 and ordered America’s intel agencies to investigate the possibility it started in a Chinese virology lab, the left-leaning Facebook followed him, announcing it no longer would suppress that discussion.

The source of the pandemic has been a common theme among online and conservative news sources ever since the pandemic swept around the globe, killing millions.

But not on Facebook, which had censored those comments, falsely claiming concerns that the virus was either intentionally created and released like a bioweapon or was accidentally loosed were “debunked.”

The social media giant immediate was hit with a backlash, including from Congress, as Sen. Josh Hawley, R-Mo., said, “The arrogance of Facebook to decide where and how precisely COVID originated, and who should be able to talk about it, is stunning. But sadly typical.”

According to the Washington Examiner the company flip-flop also drew the attention of Brent Bozell of the Media Research Center, who said, “We now have proof that Facebook’s fact-checker program actively suppressed valid debate about the origins of COVID and instead promoted Chinese propaganda.”

But Jonathan Turley, a constitutional expert, network commentator and law professor at George Washington University, explained it’s much worse than that.

“Facebook: People will not be allowed to discuss whether COVID-19 originated in Wuhan lab,” he posted as a headline.

“Read that headline a couple times. There was a time when such a headline would only appear on The Onion, but it is true. Facebook has long banned anyone who discussed the evidence that a worldwide pandemic killing millions and destroying the global economy may have been released from a government lab in Wuhan, China.”

He explained Facebook clung to the explanation that those discussions were “debunked.”

However, now “Dr. Anthony Fauci and others have acknowledged that there is a basis to suspect the lab as the origin of the outbreak. So now Facebook will allow you to talk about it,” he said.

The company’s statement was: “In light of ongoing investigations into the origin of COVID-19 and in consultation with public health experts, we will no longer remove the claim that COVID-19 is man-made from our apps. We’re continuing to work with health experts to keep pace with the evolving nature of the pandemic and regularly update our policies as new facts and trends emerge.”

Turley said that reveals the company’s assumption that it “should be the arbiter of what can be discussed by users.”

He said it’s part of the company’s campaign to teach Americans “to accept ‘content modification’ as part of their evolution with technology. This reframing of expectations has been fostered by Democratic leaders who have pushed social media companies for more censorship to protect people from errant or damaging ideas.”

He explained Democrats long have been dedicated to such a “censorship craze.”

“In all of these exchanges, the underlying portrayal of the public is the same: they are unwitting dupes who must be protected from harmful thoughts or influences. It is safer for them to have these members and these companies determine what they can hear or discuss,” he said.

Turley said Facebook is holding the attitude of a “dictator” where government argues it is using its powers “in a benign and tolerant fashion.”

“There is an alternative. It is called free speech,” he said.

“What began with censoring out violent threats has morphed into censoring ‘misinformation’ or ‘harmful’ thoughts on subjects ranging from climate change to gender issues to Covid-19 to election fraud,” he said. “Facebook and other companies have turned a rolling ocean of free speech on the Internet into a swimming pool of censored and managed expression.”

The opposition to the discussion of China’s lab operations as the source likely developed because President Trump openly blamed Beijing for the pandemic, calling it the “China virus,” and legacy media and social media interests routinely opposed whatever Trump said.

China has denied over and over any responsibility for the deaths, and the World Health Organization has worked hand-in-glove with China to downplay the possibility.