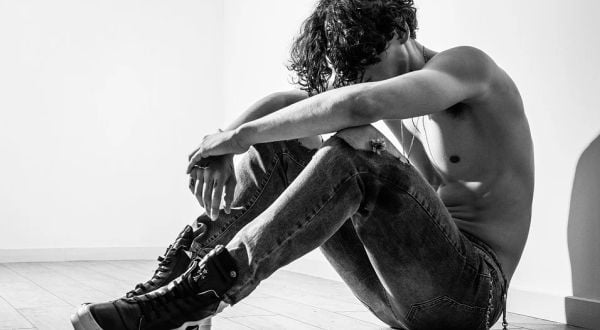 USA Today has determined that calling a man a “male” is “hurtful.”

And it is enforcing his arbitrary language manipulation on even authors of commentaries it publishes.

The situation arose in the case of a commentary written by Chelsea Mitchell, one of several female athletes in Connecticut who filed a lawsuit after the state decided that boys, if they call themselves girls, can compete on girls’ sports teams.

She’s represented by the Alliance Defending Freedom, which noted online, “On May 22, USA Today published an opinion piece from Alliance Defending Freedom client Chelsea Mitchell (Soule v. Connecticut Association of Schools) about the injustice she experienced as an athlete who was forced to compete against males in track. On May 25, editors at USA Today, without notice to Chelsea, changed the word ‘male’ to ‘transgender’ throughout her piece and added the following editor’s note to the top of it:”

“This column has been updated to reflect USA TODAY’s standards and style guidelines. We regret that hurtful language was used.”

The ADF said, “We reproduce the original version of Chelsea’s piece below so that you can read what she wrote prior to USA Today’s post-publication edits and editor’s note, which inappropriately assigned ‘hurtful’ motives to Chelsea’s logical use of the word ‘male’ to refer to the biology of males who compete in female sports.”

“USA Today violated its principles to appease the mob. This blatant censorship violates the trust we place in media to be honest brokers of public debate,” Holcomb said.

The lawyer explained, “Title IX is really clear that the reason we have women’s sports as a separate category is to protect equal athletic opportunities for female athletes like Chelsea. “And that is just not what’s happening in the state of Connecticut right now with biological males having dominated the girls category.”

The girls’ lawsuit was dismissed by a federal court last month, but a notice of appeal has been filed with the 2nd U.S. Circuit Court of Appeals.

“The district court still refused to engage with the merits of the argument and recognize that the girls have had significant losses,” Holcomb said. “The court utterly dismissed their lost opportunities and achievements and so we want to see that remedied.”

Mitchell now has graduated, but continues the fight.

“That’s a devastating experience. It tells me that I’m not good enough; that my body isn’t good enough; and that no matter how hard I work, I am unlikely to succeed, because I’m a woman,” she wrote.

She explained, “That’s because males have massive physical advantages. Their bodies are simply bigger and stronger on average than female bodies. It’s obvious to every single girl on the track.”

While the girls’ case was pending, then-Attorney General William Barr filed a statement of interest in the case, supporting the girls.

Joe Biden, however, immediately moved to strip the girls of the administration’s support as soon as he took office.

But the ADF said leftist activists have distorted the meaning of the word “sex,” presuming Congress 50 years ago believed that to be sex or gender identity, and now are demanding males be allowed to compete with females if they say they identify as female.

Actually, a matched pair of X chromosomes in a human determines that person is female. Those with XY chromosomes are male.