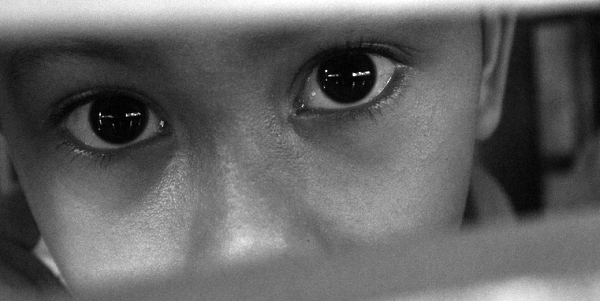 After four years of litigation, the European Court of Human Rights ruled a couple seeking damages from the Norwegian government for unlawfully seizing their children must seek legal relief in Norway, the country from which they fled.

The decision is a blow to Ruth and Marius Bodnariu, who argued that any further remedies in Norway were “illusory at best,” said the U.K. advocacy group Christian Concern.

“They would not risk further punishment and separation of the family by going back into the system that had so ill-treated them, especially after all of the international media attention the case had garnered,” Christian Concern said.

In 2015, the couple’s five children were taken and assigned to three different households after school officials complained the family were “radical Christians who were indoctrinating their children.”

The family eventually was reunited and left Norway for their native Romania.

As WND reported, officials at first refused to explain their actions. But the couple’s representatives later discovered documentation showing school officials were fixed on the couple’s Christian parenting practices.

Operatives of the state social services agency seized the family’s two oldest children from school without telling their parents and hid them in an undisclosed location.

Then the agents and officers went to the family’s home, “where, apparently without any documentation, they seized their two sons and arrested Ruth – who they took to the police station along with baby Ezekiel. Marius was arrested while he was at work and also taken into custody.”

Christian Concern said the attack on the family was “shocking.”

“By all accounts, Ruth and Marius are impressive people. Marius, who is of Romanian heritage, has an Engineering Degree in Applied Informatics with a Master’s Degree in Computer Networks. Ruth is a Pediatric Nurse specializing in Psychology for children and youth. They are educated, loving and responsible parents who, in 2015, had two daughters and three sons, the youngest being just three months old and still breast feeding,” the organization reported.

They had moved early in their marriage from Romania to Norway.

“Shortly after their first child was born in 2006, Marius began working in Forde’s City Hall. Within one year he was put in charge of the IT department in all ten of the village schools. Following expansion, he became responsible for the entire school district covering 10 communities and 50 schools. In 2007, Ruth commenced employment in the pediatric ward of Forde Central Hospital,” the report said.

Theirs lives in Norway were destroyed when “the headteacher at the school where several of the Bodnariu children attended sent a letter to the Department of Culture which contained the written notes of two conversations had by the school with Ruth and Marius’ daughters. The notes reflected that the girls mentioned receiving occasional spankings at home. This letter was forwarded by the Department of Culture to the Barnevernet (Child Welfare Services) on 8 October. After receiving the letter, the Barnevernet contacted the school headteacher to request a detailed report of the complaint. The headteacher highlighted the family’s strong Christian beliefs and suggested that this may retard the children’s development.”

When the children were interrogated, they appeared to just want to go home. The report said one of the daughters finally asked interrogators “what else did they want her to make up.”

One investigator said claims against the family must be true because “a Christian upbringing is inherently violent.”

It took seven months for the family to be reunited.