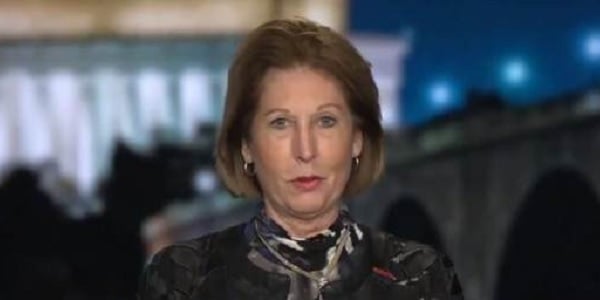 Amid a demand by Dominion Voting Systems that she retract her fraud claims as well as a motion by the city of Detroit to disbar her, attorney Sidney Powell said Thursday her emergency petitions for Georgia and Michigan election-fraud cases are on the U.S. Supreme Court docket.

She said, however, on Twitter, that the high court is “slow-walking” the cases by not requiring a response from the states until Jan. 14.

Also on Thursday, she said, her emergency petitions for Arizona and Wisconsin cases were “inexplicably rejected” after copies of documents were hand-delivered and all fees were paid.

Powell said the Supreme Court clerk refused to give a reason and will not return phone calls.

“What is going on?” she asked. “Unprecedented lack of professionalism.”

The Michigan complaint contends that at least 200,000 fradulent votes were cast in the state, surpassing the official margin of 154,000 votes.

The complaint includes the report of the forensic audit of Dominion voting machines used in Antrim County, where 6,000 votes were flipped from President Trump to Joe Biden. The report concluded the system “intentionally generates an enormously high number of ballot errors.”

Dominion Voting Systems fired off a letter to Powell demanding she publicly retract her “wild, knowingly baseless and false accusations” about their voting machines, the New York Times reported Thursday.

The city of Detroit, meanwhile, has filed a motion asking a federal judge to fine Powell and her legal team, insisting they be banned from practicing in the Eastern District in Michigan and be referred to the state bar for grievance proceedings.

“It’s time for this nonsense to end,” city lawyer David Fink told Law & Crime in a phone interview. “The lawyers filing these frivolous cases that undermine democracy must pay a price.”

Fink’s motion charged that “the mere filing of a suit (no matter how frivolous) could, without any evidence, raise doubts in the minds of millions of Americans about the legitimacy of the 2020 presidential election.”

After filing emergency requests to the Supreme Court to order officials in Georgia, Michigan, Wisconsin and Arizona to de-certify their 2020 election results, Powell told the Epoch Times on Sunday that “especially insidious and troubling is the machine fraud conducted through the Dominion voting systems.”

“In fact, one of our experts says Dominion fraud was 5% higher votes for Biden across the board everywhere there was a Dominion machine running. The same was true for other Democrats that were running on the tickets in those states,” she said.

Powell, who is not part of the Trump campaign legal team, also suggested Trump could invoke his 2018 executive order calling on the director of national intelligence to assess evidence of foreign interference in an election.

If John Ratcliffe, the DNI, were to conduct such an assessment, she said, it would “blow the mind of every citizen in the country who’s willing to look at the truth and the facts.”

“Because there’s never – we’ve never witnessed anything like this in the history of this country,” said Powell. “And it’s got to be stopped right now or there will never be a free and fair election.”

However, the report due Friday has been delayed, and an intelligence source told the Washington Examiner it will not focus on claims that voting machines flipped millions of votes or of mail-in ballot fraud.

The delay in issuing the report, the Examiner reported, was because of clashes among senior officials over the communist regime’s role.