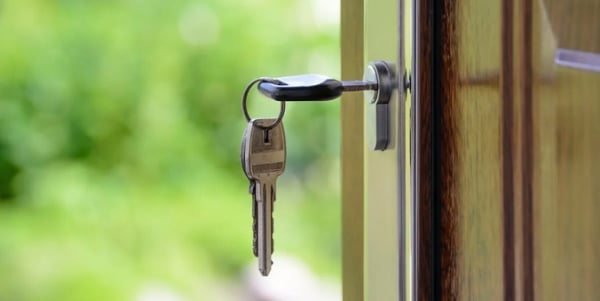 The Supreme Court late Thursday slapped down the Biden administration’s pandemic eviction moratorium by saying it “strains credulity” to think the law grants it that power.

The 6-3 decision said the administrative decision can no longer be enforced.

Since March 2020, it had banned landlords – who still were on the hook for mortgages, repairs, utilities and more – from evicting tenants who refused to pay rent.

The court said Congress would have to authorize such a move, if Biden wanted to continue it.

The justices said, “It would be one thing if Congress had specifically authorized the action that the CDC has taken. But that has not happened. Instead, the CDC has imposed a nationwide moratorium on evictions in reliance on a decades-old statute that authorizes it to implement measures like fumigation and pest extermination.”

The judges found, “It strains credulity to believe that this statute grants the CDC the sweeping authority that it asserts.”

A Census Bureau estimate suggested more than seven million U.S. households are behind on rent and half that number say they could be evicted in coming weeks, despite federal COVID-19 legislation that created assistance for renters.

The moratorium had been scheduled to come to a conclusion weeks ago, but the Biden administration pursued its renewal when Democrats on Congress demanded that action.

Previously, the court found the action likely unconstitutional, but a vote from Brett Kavanaugh allowed it continue – but only until the scheduled end, which at that time was a few days away.

The challenge to the draconian requirements from Biden had been brought by chapters of the National Association of Realtors from several states.

Even Biden earlier conceded the action really wasn’t legal, but he said he hoped to push a lot of money into the system before the courts ordered him to stop.

“I can’t guarantee you the court won’t rule that we don’t have that authority, but at least we’ll have the ability to — if we have to appeal — to keep this going for a month, at least,” Biden said back then.

Patrick Newton, of the NAR, told the Daily Caller News Foundation, “This decision is the correct one, from both a legal standpoint and a matter of fairness. It brings to an end an unlawful policy that places financial hardship solely on the shoulders of mom-and-pop housing providers, who provide nearly half of all rental housing in America, and it restores property rights in America.”

The Treasury Department, the same day, confessed that 89% of the $46.6 billion given by Congress to help low-income renters hasn’t been distributed.

The court’s ruling came late Thursday in an unsigned opinion that the CDC lacks the authority to do what Biden wanted.

It was just the latest in a series of high court defeats for Biden. The most recent had come just days earlier, when it ruled Biden’s attempt to cancel President Trump’s “Remain in Mexico” immigrant policy was improper.

Biden admits that what he did might be unconstitutional, but he doesn’t care pic.twitter.com/UW92c6Oykr

Critics of the eviction moratorium charged that Biden essentially was confiscating, without compensation, owners’ housing units and turning them over to non-paying renters.

It was the chief of the Centers for Disease Control, Rochelle Walensky, a Biden appointee, who had ordered that no eviction could happen for months more. The previous order, which was ruled unconstitutional by the Supreme Court but not struck down because it was expiring, already had threatened property owners who tried to collect rent with jail.

The Biden administration has set up criminal penalties for property owners of $100,000 in fines and a year in jail for an eviction. Landlords, however, still must pay the upkeep, repairs and utilities on the housing units, as well as any mortgages that they still carry.