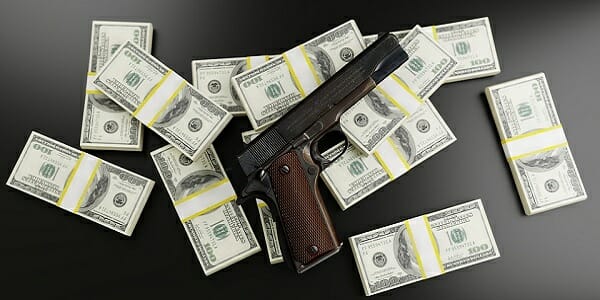 The Institute for Justice long has campaigned against programs in which police confiscate and keep private property, often on only a suspicion of a crime and regardless of whether or not the owner was involved

Recently it released an updated study that confirms the programs don’t help fight crime, but they do boost police departments’ revenue.

Now, the institute is hailing a court ruling in Pennsylvania that makes the names of those who buy confiscated property public record.

“Sunlight is the best disinfectant, and it is nowhere needed more than in Pennsylvania,” IJ said. “From 2002 to 2018, Pennsylvania law enforcement forfeited $279 million in property. And reports from other counties within the Commonwealth show that law enforcement officers have used their position and inside knowledge to purchase forfeited property sold at auction for their own financial gain.”

The organization said the “loose laws surrounding forfeiture in the Commonwealth led IJ to bring a massive class-action to end the practice in Philadelphia.”

“And by allowing the disclosure of the names of successful bidders, today’s ruling from the Commonwealth Court ensures that citizens throughout Pennsylvania will be able to hold law enforcement accountable for similar abuses of power.”

At issue was disclosure of the “successful bidders at public auctions of property seized and forfeited by law enforcement.”

The names now are public record.

The issue arose when LancasterOnline and reporter Carter Walker sought the records several years ago from the Lancaster County DA.

The decision from the Pennsylvania Commonwealth Court is a victory for “transparency and good government,” IJ said.

“Today’s ruling is a win for transparency and the right of Pennsylvanians to know what happens when law enforcement takes property,” said IJ attorney Kirby West. “This victory means Carter and LNP will now be able to shed light on forfeiture practices and hold officials accountable in Lancaster County. And it will allow other members of the media and the public throughout Pennsylvania to request similar records to uncover forfeiture abuses in their own communities.”

The Pennsylvania Office of Open Records previously had ruled that the records should be made public, but Stedman filed an appeal.

The court said, “Disclosure of names of successful bidders at public auctions of forfeited items advances the accountability of the law enforcement authorities responsible for the civil forfeiture of property.”

Forfeiture programs have been common for years at the federal level and in states and local jurisdictions. They allow law enforcement to confiscate property, cars, cash and the like on the mere suspicion that someone has committed a crime.

The often innocent victims of confiscation then must prove their innocence to get their property back.