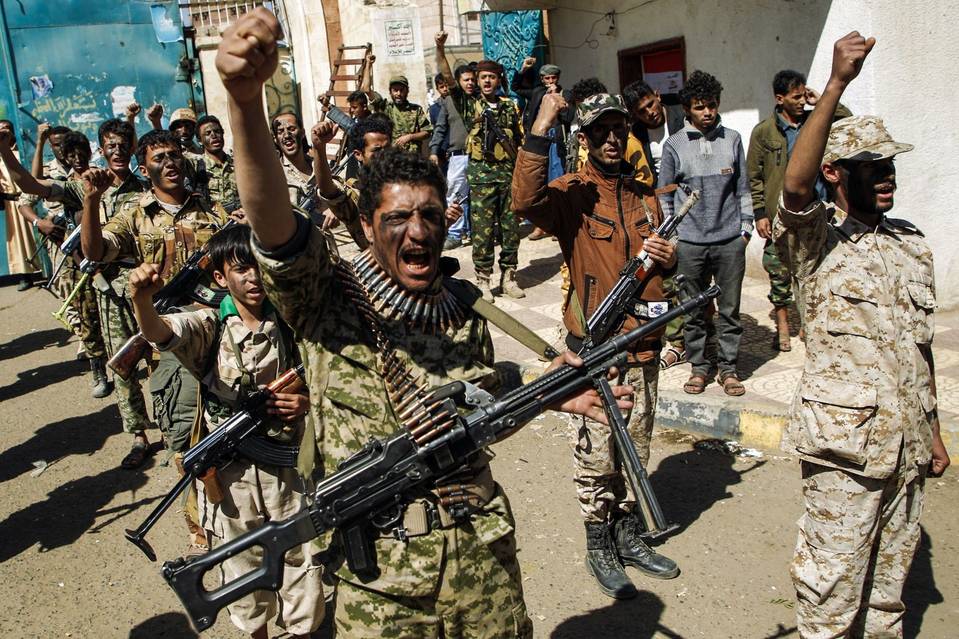 President Trump while in office had the Houthis in the Middle East designated as foreign terrorists, triggering leftists across America as well as 22 aid groups operating in Yemen, who all demanded that designation be removed.

When Joe Biden took office, he did that.

The report comes from PJMedia, which noted, “Isn’t it great that America is back and the adults are back in charge? America is back, all right: all the way back to 1979, the last time we had a president so weak that enemies of the United States stormed one of our embassies and took hostages.”

The storming on Thursday was confirmed by the Yemeni media outlet Al-Masdar Online.

The Houthis are backed by Islamic Republic of Iran, and the attack came only days after they kidnapped “three Yemeni nationals affiliated with the U.S. Embassy,” the report said.

The PJMedia report said the State Department confirmed the situation, reporting, “The United States has been unceasing in its diplomatic efforts to secure their release. The majority of the detained have been released, but the Houthis continue to detain additional Yemeni employees of the embassy.”

The official said the U.S. also is “concerned about the breach of the compound.”

Supporting Trump’s decision to hand down the terror designation, the report said, the Houthis’ Al-Eman TV featured an Islamic scholar telling children “the scam of 9/11 was a theatrical show produced by the Jews and the Americans. They killed a group of their own people so that they could have a pretext.… All of this is done under the pretext of fighting terrorism, which ‘emerged from your midst of Muslims and Arabs.’”

The report said Biden also removed an advanced missile defense system from Saudi Arabia, even though the Saudis were suffering from air attacks by the Houthis from Yemen.

The PJMedia report said, “Will this new act of belligerence by Iran’s Yemeni clients lead Biden’s handlers to abandon their policy of appeasement toward the Islamic Republic of Iran? Will they drop their pipe dream of reviving the nuclear deal and begin to deal realistically with the genuine threat that Iran and its clients pose? Once again: come on, man!”