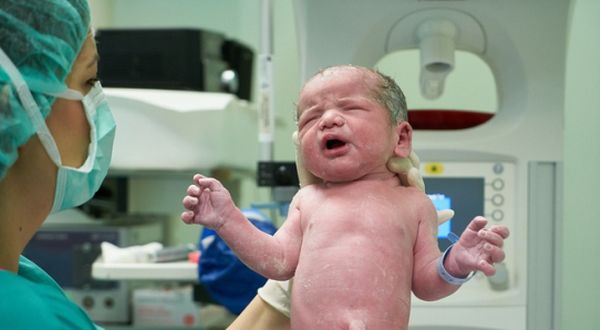 The Supreme Court, as it was expected to do, has plunged into the debate over abortion in America, scheduling arguments on two procedural questions about a new Texas law for Nov. 1.

The law is being allowed to stand at least until then.

At that point, the justices will review two procedural questions about the case – with the actual abortion issue to be taken up later.

This fight is in addition to the Mississippi case that already is scheduled for review by the court that pro-life interests are describing as a vehicle to finally reverse the devastating 1973 Roe v. Wade decision that created the “right” to abortion, which is not mentioned in the Constitution.

If, in fact, Roe is reversed the regulation of abortion would revert to the states. That is not impossible, as even opinion author Harry Blackmun wrote at the time that the U.S. Constitution actually would protect unborn children if their personhood is established.

He seemed to think, at that time, the science was not fully clear.

In the first, in a case in which Joe Biden’s Department of Justice is challenging the law, the question is whether the federal government essentially can take a state to court to obtain relief – and then prohibit enforcement of a state law.

The second involves a case brought by the pro-abortion Whole Women’s Health, which wants to know about the specifics of enforcement of the Texas law.

As most abortion limits are enforced by state officials, they mostly are the target for lawsuits by pro-abortion activists. But in Texas, the law allows any individual to bring a civil claim – for up to $10,000 – against someone providing or facilitating an abortion after about six weeks, when the child’s heartbeat can be detected.

The specific questions are: “[T]he petition is granted limited to the following question: May the United States bring suit in federal court and obtain injunctive or declaratory relief against the State, state court judges, state court clerks, other state officials, or all private parties to prohibit S.B. 8 from being enforced?” and “whether a State can insulate from federal-court review a law that prohibits the exercise of a constitutional right by delegating to the general public the authority to enforce that prohibition through civil actions.”

The arguments are not expected to get to the substance of the law itself.

The Supreme Court already previously allowed the law to stand.

But abortion activists and those in the Biden administration have been incessant in their attempts to try to halt it.

The most recent decision was when the 5th U.S. Circuit Court of Appeals allowed the law to stand as the court cases move forward.

A statement from the Texas attorney general said the 5th Circuit decision was a “testament that we are on the right side of the law and life.”

Fox News explained, “It marks another setback for the Justice Department and Texas abortion providers in their efforts to derail the law, which has thus far prevailed because of a unique structure that leaves enforcement up to private citizens. Anyone who brings a successful lawsuit against an abortion provider for violating the law is entitled to claim at least $10,000 in damages, which the Biden administration says amounts to a bounty.”

The report continued, “A 1992 decision by the Supreme Court prevented states from banning abortion before viability, the point at which a fetus can survive outside the womb, around 24 weeks of pregnancy. But Texas’ version has outmaneuvered courts so far due to the fact that it offloads enforcement to private citizens.”

Eighteen state attorneys general also have come out in support of the law.

The Susan B. Anthony List pro-life organization’s president, Marjorie Dannenfelser, said of the dispute, “The people of Texas speaking through their state legislators acted to protect unborn children with beating hearts, who are as human as you and me.”

Biden, whose politics have taken him into the rabidly pro-abortion camp now, earlier berated the Supreme Court when it allowed the Texas law to take effect, saying, “By allowing a law to go into effect that empowers private citizens in Texas to sue health care providers, family members supporting a woman exercising her right to choose after six weeks, or even a friend who drives her to a hospital or clinic, it unleashes unconstitutional chaos and empowers self-anointed enforcers to have devastating impacts.”