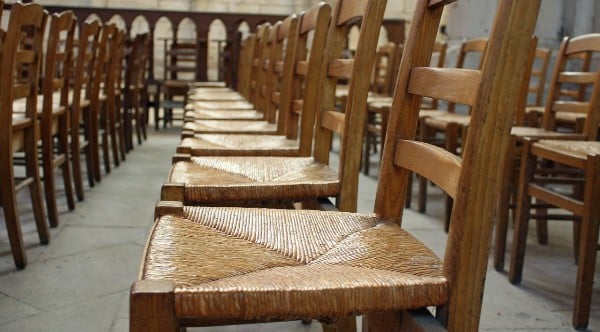 More Protestant churches across America are closing than opening, according to a new report from Lifeway Research, which confirmed that trend appeared before the COVID-19 pandemic surged.

And while the report does not document the actual numbers yet from 2020, it provides anecdotal details of problems churches faced trying to launch during the lockdowns that were ordered during the year by various levels of government.

Lifeway said it looked at congregational information from 34 denominations and groups representing 60% of U.S. Protestant churches to arrive at the church plant and closure numbers for 2019.

“Over the last decade, most denominations have increased the attention they are giving to revive existing congregations that are struggling,” said Scott McConnell, executive director of Lifeway Research. “This has been more than a fad. This has been a response to a real, growing need to revitalize unhealthy congregations.””

The report cited two of the churches started in 2019 that ran into complications during the COVID lockdowns.

One is Vivid Church in Columbia, South Carolina, which started in 2019 and planned to hold its first services September 2020.

Allen Kendrick, church organizer, said, “Church planters typically look for one of three locations, a school auditorium, a movie theater or a performing arts center. All three of those options weren’t available to us after the pandemic hit because those all closed their doors to any outside agreements based on liability issues.”

That sent the few dozen beginning the worship center to commercial real estate, where they found a location but had to install “HVAC, plumbing, drywall, insulation and electricity, and that was before we could install any of our AVL equipment, staging pieces, or outfit the kids’ room,” he said.

“We worked many late nights from 5 p.m. to 5 a.m. to get the building ready in time. We managed to finish a 12-week construction job in six weeks and successfully got the certificate of occupancy the day before we launched the church.”

But Chroma Church, also in Columbus, had plans blocked by lockdown demands and has been meeting weekly on Zoom since last August.

Isaac Surh explained members discovered the day before the first service was to be held of the blockade.

“We organized teams, assigned roles to our volunteers, had contact cards ready, made signs and banners, prepared food and beverages and bought audio/video equipment to run the service,” Surh said in the Lifeway report. “All of that got cancelled the day before because of the first pandemic lockdown, so we had to pivot within 24 hours to do a virtual preview service.”

He explained, “Now we are following a house church model, doing everything online, no in-person gatherings, and we are at 12 people a year-and-a-half after planting. But we have learned to focus on and value other things such as personal relationship, community and micro-group (two to four people) discipleship.”

The drop in churches over the course of 2019 was not a surprise, experts said.

“While planting a church is still one of the most exciting things a pastor can do, over the past few years, I’ve noticed a growing hesitancy to plant, which is why these numbers don’t surprise me,” said Daniel Im, co-author of “Planting Missional Churches” and a church planter himself, in the report. “Starting a church from scratch is not as it used to be, especially with the rise in Boomer pastors retiring and needing to find a successor.”

Ed Stetzer, of the Wheaton College Billy Graham Center, said while the numbers are changing, “people are searching spiritually, and the gospel is the answer.”

The Washington Examiner noted the Lifeway numbers line up with what Gallup discovered earlier.

“The numbers coincide with a bleak 2020 poll by Gallup that showed a decline of membership of all churches, synagogues, and mosques to less than 50% for the first time in 80 years, data shows,” the Examiner reported.

“Gallup started collecting data in 1937, when church membership was 73%, compared to 47% last year, as the country was in the throes of the COVID-19 lockdown. Although most states had stay-at-home orders except for essential services at some point in 2020, 10 states refused to allow church services of any kind,” it reported.