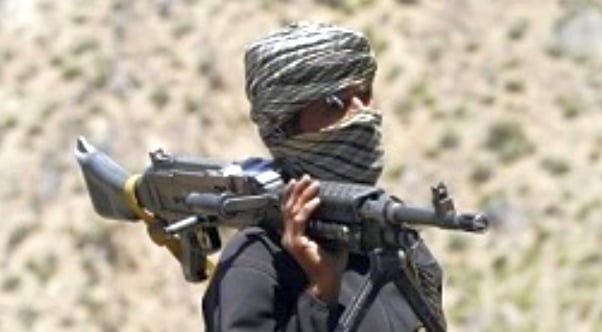 President Biden’s announcement that all U.S. troops in Afghanistan will leave by Sept. 11 has drawn strong criticism from both parties, and now he’s hearing it from the Taliban.

On Thursday, the Taliban condemned Biden for delaying the withdrawal and warned it will resume attacks, noting President Trump’s administration agreed to leave by May 1.

The Islamic jihadist organization that once ruled 90% of Afghanistan said the agreement with the U.S. has been “breached,” which “in principle opens the way” for fighters “to take every necessary countermeasure.”

That means, the Taliban warned, “the American side will be held responsible for all future consequences, and not the Islamic Emirate.”

The Taliban, calling its regime the Islamic Emirate of Afghanistan, controlled the country from 1996 until 2001, when President George W. Bush ordered U.S. troops to invade after the Sept. 11, 2001, attacks, based on intelligence that al-Qaida leader Osama bin Laden might be hiding there.  Since then, the Taliban has engaged in an insurgency against the U.S.-backed government in Kabul. According to many intelligence experts, the Taliban is stronger now than at any time since 2001, controlling one-fifth of Afghanistan with as many as 85,000 full-time fighters. The Pentagon says that nearly 20 years after the invasion, about 2,500 U.S. troops remain in the country.

Biden, announcing his order Wednesday, said American troops had been there too long.

He has “concluded that it’s time to end America’s longest war.”

The agreement with the Trump administration came in late 2020 after talks between Taliban leaders and Secretary of State Mike Pompeo in Doha, Qatar. The U.S. agreed that if the Taliban stopped attacking U.S. forces and eliminated its ties with international terrorist groups, American troops would be withdrawn from Afghanistan by May 1.

However, U.S. military officials have insisted the Taliban has not upheld its commitments.

The Taliban nevertheless said in a statement Thursday that Biden’s decision “is a clear violation of the Doha Agreement and non-compliance with its commitments.”

“As this agreement was signed in the presence of United Nations and representatives of numerous world countries and organizations, and is currently being breached by America, it is imperative that all countries and organizations that were witnesses to the signing of this agreement exert pressure on America to implement its commitments and withdraw all forces from Afghanistan by the specified date,” the statement said.

In his announcement this week, Biden also issued a warning to the Taliban.

“The Taliban should know, if they attack us as we drawdown, we will defend ourselves and our partners with all the tools at our disposal” he said.

‘A grave mistake’
Among the Republican critics of Biden’s announced withdrawal is Senate Minority Leader Mitch McConnell, who said the president must explain why he’s “abandoning our partners and retreating in the face of the Taliban.”

“Precipitously withdrawing U.S. forces from Afghanistan is a grave mistake. It is a retreat in the face of an enemy that has not yet been vanquished and abdication of American leadership,” McConnell said from the Senate floor, The Hill reported.

Sen. Lindsey Graham, R-S.C., called it a “disaster in the making” and “dumber than dirt and devilishly dangerous.” Sen. James Inhofe, R-Okla., the ranking member of the Senate Armed Services Committee, told reporters that the decision was “outrageous.”

“You know, we’re talking about making a political decision on something where there isn’t any justification,” Inhofe said. “It should be conditions-based. … It’s the wrong thing.”

Foreign Affairs Committee ranking member Rep. Michael McCaul, R-Texas, said the withdrawal plan “shows a complete disregard for the realities on the ground, and will not only put Afghans at risk, but endanger the lives of U.S. citizens at home and abroad.”

A senior administration official told reporters that Biden made the decision after a “rigorous policy review.”

“We judge the threat against the homeland now emanating from Afghanistan to be at a level that we can address it without a persistent military footprint in the country and without remaining at war with the Taliban,” the official said.

Democrats who joined Republicans in opposing the decision included Sen. Jeanne Shaheen of New Hampshire, a member of the Foreign Relations Committee, who said she was “very disappointed.”

“You know, there is no easy answer,” he finally said.

Sen. Patrick Leahy, D-Vt., said he supports Biden’s decision: “What choices does he have?”

“There are no good choices,” he said. “I worry that the Afghan government itself has never taken seriously enough the needs of things we’ll have to do.”

The libertarian-leaning Republican Sen. Mike Lee of Utah said he was “glad to see us moving out.”

“I’ve got a daughter who was an infant when that war started; she’s now halfway through college,” he said. “I want to see us get out of there, and a timely withdrawal seems like a good thing to me.”

Sen. Josh Hawley, R-Mo., also supported the move, although he said Biden should have stuck to Trump’s May 1 deadline.

But “better late than never, he wrote on Twitter.

“It’s time for this forever war to end.”