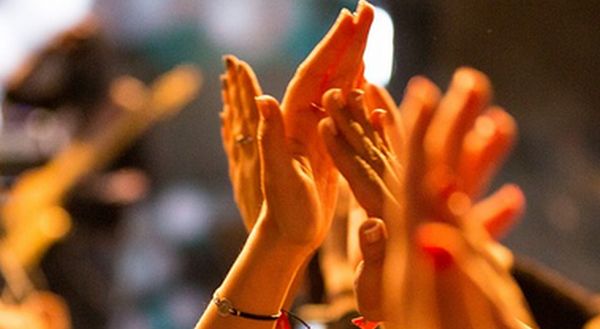 A Florida mom at the Family Research Council’s annual Pray Vote Stand Summit has gotten a standing ovation for calling on parents to orchestrate a mass exodus from public schools.

A report from BizPacReview explains that Quisha King, who was described in the report as a former “race-obsessed leftist” now has turned into a “conservative mother.”

She said the “only” solution to the massive leftist agenda being imposed on American public schools is that “mass exodus.”

Recently she’s been battling the imposition of the ideological Critical Race Theory in schools. That theory teaches that all America is racist, all whites are offenders, and all blacks are victims, in direct contradiction to historical fact.

She calls CRT “anti-biblical” and “anti-America.”

She explained, “Right after the 2016 election, I started to pay more attention to politics and God spoke to my heart and told me that my skin color had become an idol in my life. And that was life-changing, because it was so true. I saw everything through being black, and that was an offense to God, and I had to examine everything that I was doing.”

And she started paying more attention to what her daughter was being told.

“When my daughter was asked what pronoun she wanted to be identified by in 8th grade at their first week of school, I’m like what is going on? This is crazy! And so I was like, OK, just pay attention. I emailed the teacher; she never emailed me back. I was like, well, you know, just pay attention to what’s going on,” King continued.

Then, the report explains, her daughter did more than just pay attention, recording her teacher’s indoctrination on CRT.

“They were supposed to be discussing books, and the books apparently had some racial themes in them well. [The teacher] never got to the literature of the books or the academic portion. She just started sectioning the kids in the way that she talked to them by their physical characteristics,” she told the audience.

King explained in her home, Duval County, she found Critical Race Theory workshops that dated back a decade.

“This is not going away, the enemy has no chill and is advancing forward as fast – we can see,” she said.

It was reported just days earlier that a Christian ministry, Answers in Genesis, had noted Census data found that 11.1% of U.S. households with school-age children now are homeschooling.

That’s double from just a year ago.

“That increase means there are about 2.6 million new homeschool students across the nation. A report also found that 8.7 million children have been pulled from a government-run school and placed in a private school, which includes many Christian schools,” the organization said.

It was in Christian Headlines only a short time ago that a report confirmed as of last spring, the rate for families homeschool was 5.4%. But now that’s more than doubled.

“The Bellwether Education Partners, a non-profit education advocacy group, reported similar findings in its August 2021 overlook, noting that close to 2.6 million children have transitioned from public schooling to homeschooling since the start of the pandemic,” the report said.

“The percentage of homeschooling children also spreads across different ethnicities. The group found that 9.7 percent of white families, 12.1 percent of Hispanic families, 8.8 percent of Asian families, and 16.1 percent of Black families have pulled their children out of public schools to homeschool them,” the report said.