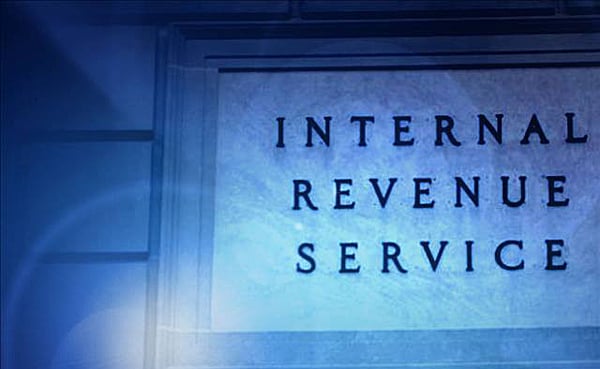 The American Center for Law and Justice, which only weeks ago warned actions against Christians by the Joe Biden Internal Revenue Service are starting to feel like “déjà vu, all over again,” now is going to court against the agency.

The dispute focuses on actions being taken by the IRS against organizations involving Christians, including one specific group called Christians Engaged.

In that case, the IRS put into writing the wildly untenable claim that the group’s beliefs about Christianity, the “sanctity of life, the definition of marriage, biblical justice, laws vs. lawlessness, freedom of speech, religious liberty, government and business ethics, human trafficking, fiscal responsibility in government budgeting, defense, borders and immigration, U.S. and Israel relations” all are “typically affiliated with the [Republican] party and candidates.”

The ACLJ confirmed this week that it is seeking court help in obtaining information about Biden’s IRS for its actions “targeting Christians for discrimination.”

The “egregious” actions against Christians Engaged, including the IRS’ listing of “the organization’s beliefs in prayer and biblical values among the reasons in their letter for rejecting Christians Engaged from tax-exempt status,” provide “a clear example of the Deep State’s unveiled targeting of conservatives, all over again.”

Because of the attack on Christians Engaged, the ACLJ filed a Freedom of Information Act request with the IRS, demanding records pertaining to that decision.

The organization said, “The Biden administration has doubled down in its targeting, causing direct harm to another Christian nonprofit organization by refusing to comply with FOIA which demands the IRS turn over these documents to us. The IRS won’t be able to get away with this.”

In its filing with the court, the ACLJ noted, the IRS is imposing irreparable harm by its “unlawful withholding of requested records.”

The case seeks from the federal courts an order for the IRS to do a proper search for responsive records, an order to provide them, an order preventing the IRS from withholding records, and more.

“This is not the first time the ACLJ has directly taken on the Deep State IRS over its targeting of conservatives and Christians,” the ACLJ said in a report. “As we’ve told you, we were forced to take legal action against the IRS under President Barack Obama – President Biden’s former boss – when it was discovered to be discriminating against conservative groups like the Tea Party.”

Back then, the organization’s clients “received 117 targeting letters from IRS officials.”

Those letters insisted the recipients give up their constitutional rights, the ACLJ said. They demanded answers to questions about the contents of prayers, and more.

Back then, Lerner ended up issuing an apology and a federal court approved a consent decree “prohibiting the IRS from ever targeting these Americans for their beliefs again – a court order that is still enforceable to this day.”

“And yet, here we are again,” the report said. “Different President, same tactics.”

Under the Obama administration, Lerner left the IRS. Also, dozens of conservative organizations got settlement checks from the government for being “wrongfully targeted for their political beliefs.”

Many of the groups got checks for about $14,000, and some were larger in the $3.5 million resolution. A 2013 inspector general’s report found the IRS had singled out tea party and other conservative groups for negative treatment sometimes for nothing other than the sound of their names.