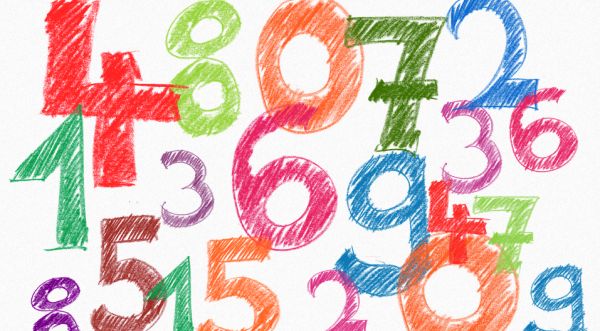 To many people, ordinary logic would say that spending $3.5 trillion actually is going to cost somebody, somewhere, something.

And Joe Biden’s claim that his massive spending plan costs “zero” is based on the assumption that higher taxes will cover every one of those trillions.

But experts actually say that idea is “delusional.”

“Everything gets paid for somehow. Of course if there’s, if there’s higher tax rates, somebody’s going to pay for. So it’s either going to be the companies are going to lower profits or they’re gonna pass it on to consumers. That’s called the market,” Joshua Sewell, senior policy analyst with Taxpayers for Common Sense, said in a Daily Mail report.

Actually, Americans of all income levels already are being hit with higher “taxes” in the form of inflation, which has surged dramatically in Biden’s economy. One report had gasoline in a California town edging past $7 a gallon this week.

And energy costs are expected to blow sky-high this winter, with predictions for home heating expenses to surge by double-digit percentages.

Those and more all are “higher taxes” paid by all consumers, especially hitting hard at those in lower incomes, because of Biden’s economic strategies, even though Biden repeatedly has promised those making less than $400,000 wouldn’t pay any additional taxes – and in fact one time blundered and said those individuals wouldn’t be paying any taxes at all.

The economic analysts said in the report that every program has its costs.

Biden’s claim, made most recently this week in Scranton, has been, “The cost of the Build Back Better bill, in terms of adding to the deficit, is zero because we’re going to pay for it all. In addition to that, half of it is a tax cut. It’s not spending money; it’s a tax cut for working-class people.”

Biden’s claim is companies – who get their revenue by charging consumers for their services or products – will pay the higher taxes. As will the wealthy.

But lower income individuals “could feel it in their pocket books in other ways, namely a rise in cost in goods and services and the possibility of stagnant wages among the working class, a group that Biden sees as his political base,” the report said.

David Williams, head of the Taxpayers Protection Alliance, told the Daily Mail, “The sad reality is that when you raise taxes on a business or a product, those tax increases are passed on to consumers through higher prices. Any Democrat that doesn’t think that tax increases will mean higher prices is either lying or delusional,”

After all, corporations are dependent on those communities for their income.

The final proposal still is undetermined, but is expected to try to raise the top capital gains tax rate from 20% to 25%, set a 15% minimum for corporations, impose taxes on the investment gains of the wealthy, enhance “enforcement,” boost the bills for multinationals and repeal Trump-era tax cuts that stimulated the economy then and brought unemployment levels to record lows, especially for minority workers.

It’s unclear exactly how the changes would impact Biden, who, after leaving the vice presidency, took in more than $10 million in book and speaking income, but avoided hundreds of thousands of dollars of payroll taxes by directing the payments into S corporations which he controlled.

“There’s no way this is going to cost zero for the American people,” Republican Sen. Tim Scott said in a Fox News interview. “The largest tax increase in American history is not free.”

The radical spending plan comes just as inflation is surging across America, gas prices are at a multi-year high and food prices are up 4.6%.

Biden administration officials have blamed their economic predicament on President Trump, even though Biden has been in office, influencing the economy, for many months.

The spending plan, of course, cannot be moved forward until two feuding parts of the Democrat Party can come to terms. They still are at odds over the spending, the total, the taxes, and the tax cuts.

He wants to hand out money to social, green and leftist agenda points.

But a poll from Convention of the States Action, in partnership with The Trafalgar Group, reveals that more than 70% of respondents are less likely to support the spending program if they knew it increases taxes and the national debt.

The results are from interviews with 1,000 likely 2022 election voters.

“Independents and Republicans oppose this bill by huge majorities, as do fully half of Democrats. Almost nobody supports Biden’s runaway spending spree, and folks are outraged that – with everything else they’ve had to endure with this failed presidency – increasing taxes and adding to our astronomical debt are actually on the table,” said Mark Meckler, president of Convention of States Action. “The hard left can continue to make noise, but our elected officials know where the public stands on this monstrosity. This proposal is not happening.”

The poll shows 71.5% of Americans say they are less likely to support President Biden’s proposed $3.5 trillion budget bill if they know it increases taxes and grows the national debt.