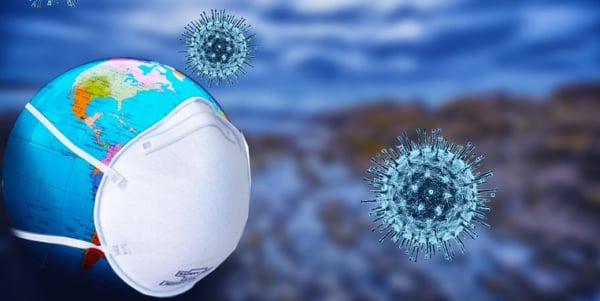 The Foundation for Individual Rights in Education is protesting Frostburg State University’s probe of a student reporter who wrote a story about a student with COVID-19 living in a dorm.

“Student reporter Cassie Conklin must have ruffled some administrative feathers for covering criticism of the Maryland university’s COVID-19 response for the student newspaper,” the organization said.

Conklin’s Nov. 20 article received wide attention because it was linked by the Baltimore Sun. Three days later, the university notified Conklin it was alleging that she harassed a staff member on Oct. 30, nearly a month earlier.

The harrassment charge was based on her taking photographs of a staff member’s door during student protests against the staffer.

The university said it had video of her “re-attaching” a note — which turned out to be a “thank you” note — to the door after it had fallen off.

FIRE is asking FSU President Ronald Nowaczyk to end the investigation into Conklin without punishment and make clear that The Bottom Line, the university’s independent student newspaper, is not required to comply with any administrative directives.

The university ordered the newspaper also to investigate and punish her.

FIRE said FSU “could not explain why it waited 33 days to initiate the investigation.”

“Moreover, the investigation was actually initiated the next business day after her report on coronavirus in the dorms gained mass media attention. (Meanwhile, FSU was threatening its resident assistants — who spoke to The Bottom Line and to The Washington Post — that they could be subject to an ‘attitude’ adjustment in their employee evaluations if they ‘bad mouth’ the university in public.)”

FIRE’s Lindsie Rank, author of the organization’s letter to FSU, said the “fact that the university waited an entire month to act on a complaint calls into question whether the university was concerned by her alleged behavior — or by her growing portfolio of reporting critical of the university.”

“If FSU was concerned that Conklin actually harassed a staff member, waiting a month likely would violate its obligations to ensure the safety of its students and staff,” Rank said.

The video doesn’t show Conklin delivering her message. But after a note falls onto the floor, she is seen picking it up and returning it to the door. Another page was slipped partly under the door.

“FSU touts itself as a place that educates the leaders of tomorrow, those who will go forward equipped with a moral compass and critical thinking skills,” Conklin said. “However, when I used those talents to hold FSU accountable for their decisions, rather than improving and growing, President Nowaczyk has decided to attack the messenger.”