Bolton: Taliban could gain seat on U.N.'s Commission on Women 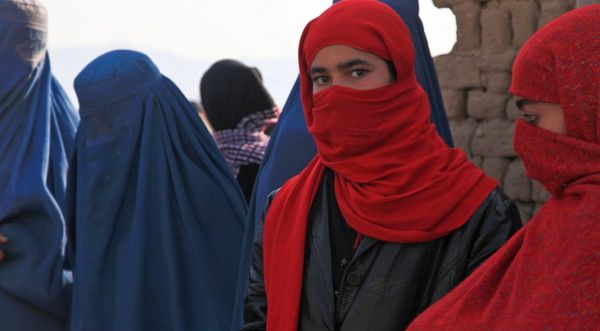 Back two decades and more ago, the Taliban was in control of Afghanistan. Online encyclopedias describe how the terror group was notorious for its misogyny and violence against women.

At that time, women there had to wear the burqa at all times, segregation was systematic, they were formally deprived of education, and routinely faced public floggings and executions.

Now those standards, it appears, could be advocated at the United Nations for all women around the world, according to a report in the Washington Examiner.

That’s because, according to John Bolton, who was U.S. ambassador under a Republican president, and national security adviser to President Trump, if the Taliban is recognized as Afghanistan’s government, it would inherit that nation’s representative seat of the U.N.’s “Commission on the Status of Women.”

“You have a new crew that comes in, and the U.N. has to decide, ‘Do we accept the credentials of a new ambassador?'” Bolton told the Examiner. “It’s certainly possible to challenge that and deny them a seat. You can say they’re not legitimate.”

But he said the usual procedure is that newcomers inherit what the previous government had acquired, and rejecting a new representative is not the ordinary result.

“It’s unusual and hasn’t often been successful,” said Bolton. “I think the most likely outcome is the Taliban gets seated.”

Afghanistan secured the seat on the women’s commission in 2020 by getting 39 votes of support.

The United Nations said the commission is the “principal global intergovernmental body exclusively dedicated to the promotion of gender equality and the empowerment of women.”

The Taliban, which took over Afghanistan in less than two weeks on Biden’s abandonment of the military presence there, recently has claimed it is “ready to provide women with environment to work and study, and the presence of women in different (government) structures according to Islamic law and in accordance with our cultural values.”

But they have not yet admitted that girls even should be allowed education, the Examiner report explained.

In Afghani regions where the Taliban took control earlier, witnesses now are reporting forced marriages of local girls as well as executions for those opposing the Islamic force.

The current representative at the U.N. for Afghanistan said the international body needs to demand rights for women in any recognition of the Taliban.