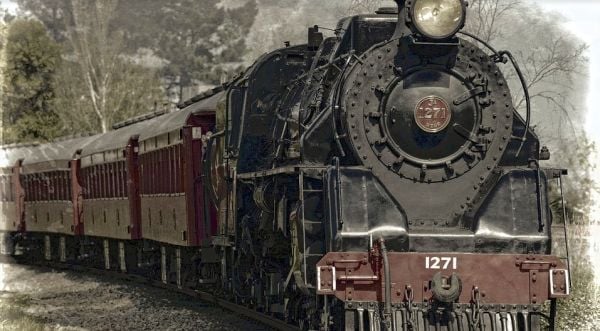 A former assistant to President Trump is warning that, based on the audit of 2020 presidential election results in Maricopa County, Arizona, that now is under way, there is a “freight train” of audits coming.

Boris Epshteyn is a political strategist, investment banker and lawyer, and was a strategic adviser on the Trump 2020 campaign.

During an interview on the War Room podcast, he said, “The freight train of audit is coming down the way. It’s on the train to Georgia.”

He said, “The MAGA movement is demanding answers.”

The Gateway Pundit explained the strategist has been “following the ongoing forensic audit in Maricopa County, Arizona.

There, the state Senate has subpoenaed the ballots, all 2.1 million, and hired a contractor to individually check and recount them by hand.

But Arizona was just one of a six states that Joe Biden won by a slim margin where lawmakers raised objections to the results, presenting evidence of vote fraud. The Senate Republicans recount was launched last week when county officials began delivering equipment that was used in the November election to the state fairgrounds.

An Arizona judge this week decided to allow the recount to continue, even though Democrats sued, insisting that it be suppressed.

The Washington Examiner reported Maricopa County Superior Court Judge Daniel Martin also ordered that the audit policies and procedures used by Cyber Ninjas, the company hired by Senate Republicans to do the count, be public.

The work by contractors hired by the state Senate is expected to take weeks.

State officials confirm the results won’t change the election outcome since those results already have been certified. But Republican Karen Fann, the Arizona Senate president, said, “When almost half of the voters say they lack confidence and have questions about the integrity of our system, it’s time for someone to step up and give them answers.”

Democrats have dispatched dozens of lawyers to the state to try to suppress the recount effort. The Arizona Democratic Party and Maricopa County Supervisor Steve Gallardo, the sole Democrat on the board, sued last week, demanding the audit be stopped.

Attorneys for the Senate and Cyber Ninjas, the company hired to do the recount, already had obtained court permission for their efforts.

The original judge, Christopher Coury, had ordered a temporary halt last week but the Democrats refused to pay a $1 million bond so the review has continued.

The state Senate has the use of Veterans Memorial Coliseum through May 14 for the work.

But Democrats are escalating their fight, with Katie Hobbs, the state secretary of state and a Democrat, charging, “A group of Republicans are (sic) continuing to try to appease their base who refuse to accept that … Trump lost Arizona and that’s he’s not the president anymore.”

She was being interviewed by CNN’s far-left host, Chris Cuomo, at the time.

According to the Hill, “Hobbs told Cuomo that her office has been working ‘with a lawsuit that’s been filed to try to address the security’s concerns at a minimum, but at this point, this seems like such a farce that it would be a good idea to stop it.'”

“We have so many concerns about this exercise,” Hobbs said. “I kind of don’t want to call it an audit. I think that’s an insult to professional auditors everywhere because they’re making this stuff up as they go along.”

The Epoch Times reported the state attorney general also rejected a call from Hobbs to investigate the recount.

So what do we do – about Biden and mandatory vaccines?