Rudy Giuliani, Tim Scott and the Biden speech from hell

Wednesday started out as a rough day with Rudy Giuliani getting a Gestapo-style raid.

It got a little better when his son, Andrew, got in a word.

Then Joe Biden spoke – or droned on endlessly it seemed.

Tim Scott cleaned his clock in the rebuttal – in a response that finished with a flourish in far less time.

Where to begin. Let’s start with something I never dreamed of – the early morning storming of Giuliani’s New York City office and apartment.

Andrew Giuliani said any American should be “extremely disturbed” over the raid. An understatement!

“Any American, whether you are red or blue, should be extremely disturbed by what happened here today, by the continued politicization of the Justice Department.” Even a bigger understatement.

But his son did an admirable job defending dad.

What did they take? In the dawn raid (why do they always come at dawn?) they took Rudy’s electronic devices, his cell phones, etc. But not Hunter’s laptop data. When Rudy pointed out what it was, they showed no interest.

The intent was to make Rudy, America’s mayor, look like a criminal. The New York Times, of course, got the scoop. In Rudy’s statement, he said the devices seized were “replete with material covered by the attorney client privilege and other constitutional privileges.”

Them came Biden and the speech from hell – his first address to Congress.

Let me quote the articulate so-called president: He falsely claimed the “insurrection” at the Capitol Jan. 6 was “the worst attack on our democracy since the Civil War.” I don’t know which is dumber or a bigger lie – that claim or the one about “Jim Crow 2.”

One the other hand, there was a breath of fresh air when Biden stopped droning and Sen. Tim Scott started rebutting.

“America is not a racist country,” Scott said. “Race is not a political weapon to settle every issue like one side wants.”

Thank you for saying that, Sen. Scott. It’s an assertion you don’t hear enough these days.

“It’s backwards to fight discrimination with different discrimination,” he said, without providing examples of what he meant. “And it’s wrong to try to use our painful past to dishonestly shut down debates in the present.”

I love this guy!

“Locking vulnerable kids out of the classroom is locking adults out of their future,” Scott said.

He hit all the right notes.

He even praised Donald J. Trump for his achievements that created “the most inclusive economy in my lifetime.”

“Our best future won’t come from Washington schemes or socialist dreams,” he said. “It will come from you – the American people.”

With a speech like that, he should be the odds-on favorite for Trump’s new running mate in 2024. 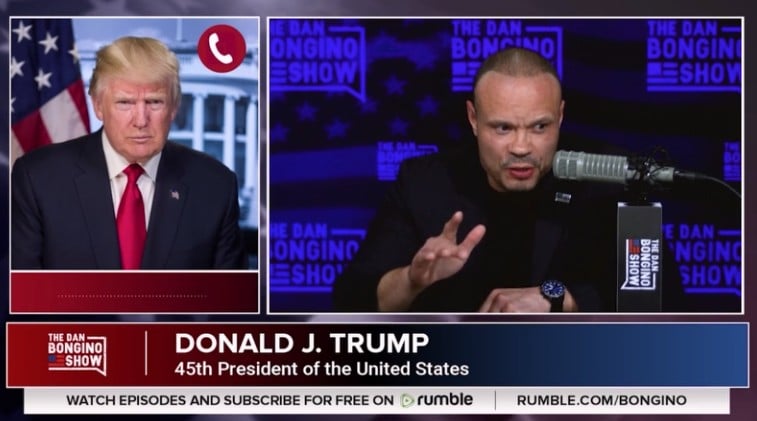 Speaking of Trump, he brought us some news that also made me happy. He’s considering heading back on the road to hold his MAGA rallies – starting as soon as May. He talked with Dan Bongino on his podcast this week – great interview. But or course, he was censored by YouTube! But video site Rumble has the whole thing.

Good times are almost here again. Get ready to RUMBLE.

WND’s Email to the Editor page is back! Participate by sending your submissions to [email protected]